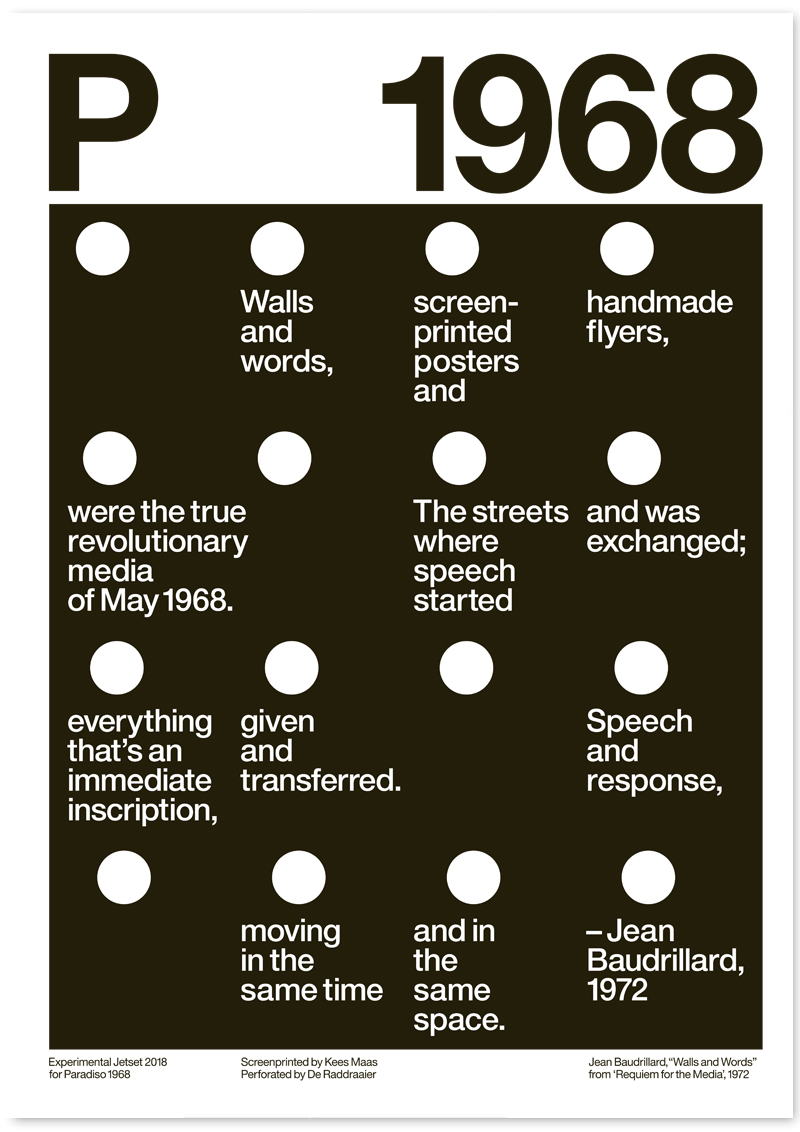 Experimental Jetset is an Amsterdam-based, three-person graphic design collective, consisting of Marieke Stolk, Erwin Brinkers, and Danny van den Dungen. They have been designing posters and flyers for Paradiso since 1996, and were recently also responsible for the development of Paradiso's overall graphic language.

For the ’50 Posters Project’, Experimental Jetset has ‘re-approriated’ the perforated template that they designed in 1996 (and re-designed in 2010) for Paradiso, and filled this template with a classic quote by Baudrillard – forging a link between Paradiso, 1968, and the notion of screen-printed posters (and concert-posters) in general.

“Walls and words, screen-printed posters and hand-made flyers, were the true revolutionary media in May 1968. The streets where speech started and was exchanged; everything that is an immediate inscription, given and transferred. Speech and response, moving in the same time and in the same place, reciprocal and antagonistic.”
– Jean Baudrillard, 1972 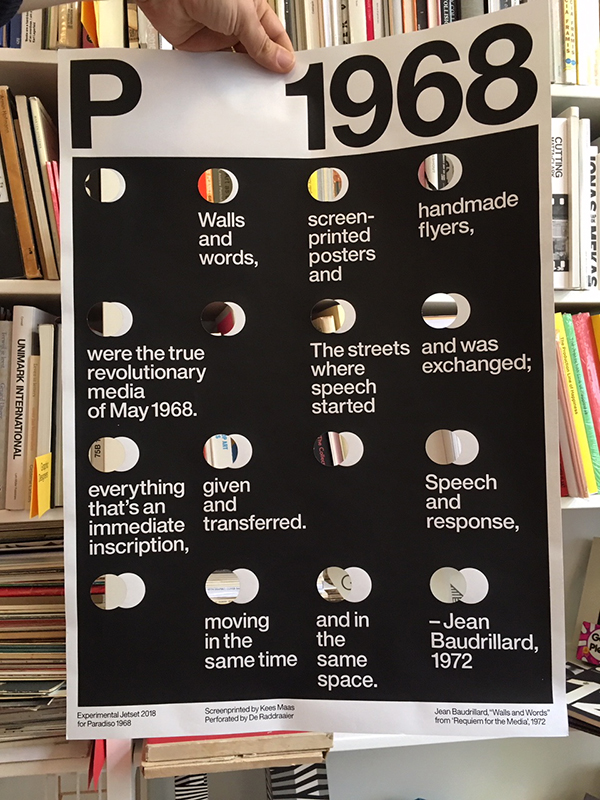 This function has been disabled for Posters voor 50 jaar Paradiso.